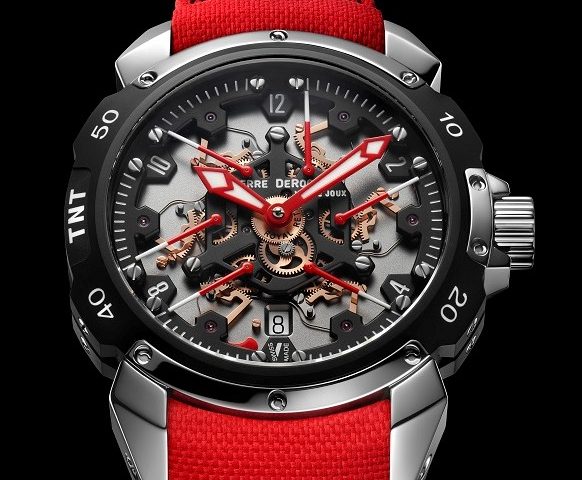 A marvel of technicality, originality and sportiness, the Pierre DeRoche TNT Royal Retro and the balletic dance of its six retrograde second hands have fascinated watch freaks for more than a decade. The latest incarnation of this unique complication, the TNT Royal Retro 43 Diablo, pushes the limits of watchmaking expertise even further and reveals a fiery temperament.

The lightness of the TNT Royal Retro 43 Diablo is lent gravitas by its powerful lines. Its exclusive complication is housed in a 43 mm steel and titanium case that affirms its technicality. The bezel is made from itr2, a hypoallergenic composite based on carbon nanoparticles that is six times lighter than steel and four times lighter than titanium. The DLC-coated black bridges contrast with the complication’s 5N gilded gear train and racks and the red hands.

Lastly, the textured leather strap offering the alternative between the symbolically devilish colours of red or black brings the final smouldering touch to this exceptional watch issued in a limited edition of 101 pieces worldwide.

Hands fixed by a transverse pin

Sapphire crystal with anti-reflective coating on both sides.

Open back and screw-lock winding crown. 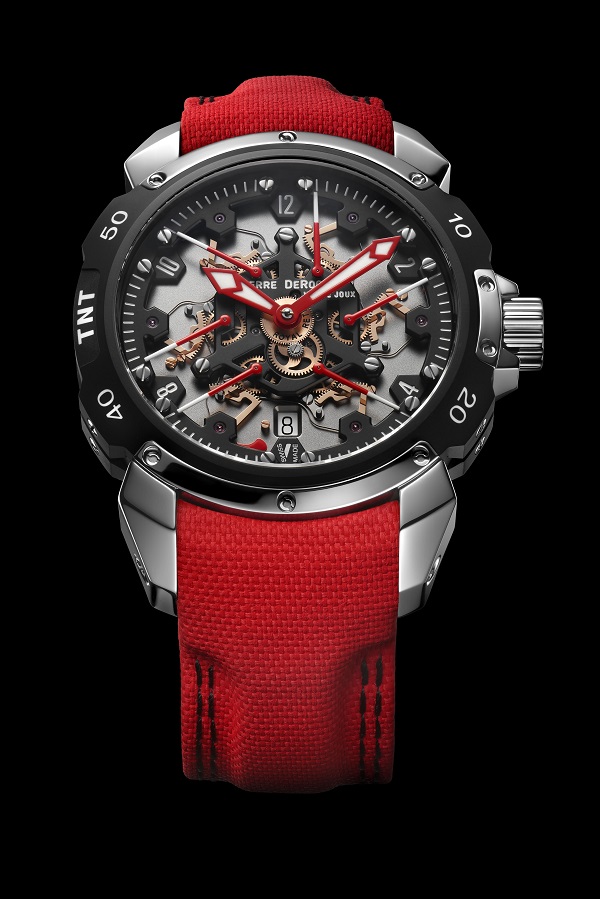 Founded in 2004 in the heart of the Vallée de Joux, the birthplace of high-end mechanical watches, Pierre DeRoche has inherited a long watchmaking tradition.
In 2009, it launched the first calibre incorporating six retrograde second mechanisms – Royal Retro.

Text and images by: Pierre DeRoche, provided by Aude Campanelli